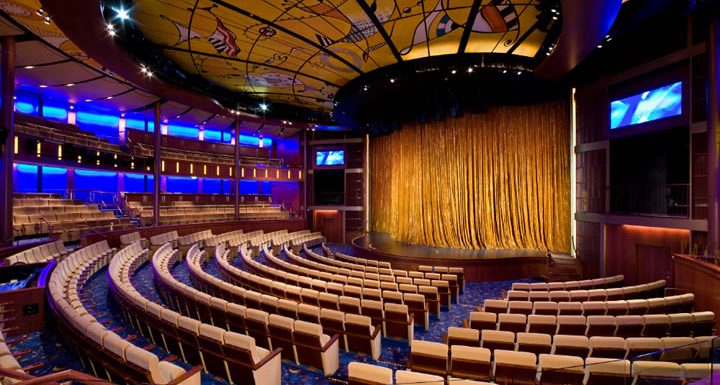 They are indeed optimists, who know that cinemas are the true reflectors of society. From origin, cinemas act as the mirrors & simulate incidents that happen in society. Cinemas give not only recreation, entertainment but also create awareness, education and enthrall millions of people across the nation about the hidden aspects of the society & social prospect.

“A cinema stands for humanism, tolerance, for reason, for progress, for adventures of ideas and for the search of communal truth and reflects social aspects.” The earliest film of the world presented on screen named “La sortie des quvriers de l’usine Lumiere” is a true reflector of a factual story that happened in Paris which was directed by Lumiere Bros. The cinema in the world has remained a myth, inspite of the fact of reflecting the society, a stage came to film makers overcome the barrier by taking the trouble to match cinema stories close to society. “Cinemas in a community are like windows which look out on broader, richer & deeper things of life.”

As all oriental societies, the Indian society too has been nourished on societal facts from mythology. Extracts from mythology closely related to happenings of society provide enough opportunities for the audience to exercise their originality, imagination & fantasy.

Great pioneer personalities such as Jamshadji Madan also took certain historical facts of society while making cinemas which had already audience. “World War II” a great movie with excellent momentum started to emerge as genre particularly on the subjects culture, heritage of the society of that times. Every community of the world has got its own peculiar social traditions, which denotes psychological makeup, social concepts and made of social behavior which are captured and explored by cinemas through out world. Many cinemas use past great political personalities for raising their momentum. “Alluri Sita Rama Raju” a film by super star Krishna was made to release in more than 100 countries with different languages gives a conducive personality who sacrificed his life in achieving independence reflects Indian societal scene. Relevance of many great scholastic people’s thoughts today is coming true through the world of cinema that reflects ancient & modern societal facts. “Cinema must alternate between revolution and consolidation; it is the function of society to supply this dynamic element.” The cinema such as “Titanic” which has its record in wreckage of ship is also a social & accidental phenomena. World’s least expensive film named “The shattered illusion” is also a natural phenomena of the society that includes spectacular scenes of ship being overwhelmed by a storm that took place near Victorial islands practically. Bollywood cinema such as “Mangal Pandae”, Ameerkhan as hero reflects the social, cultural, spiritual, communal aspects of Hindu mythology before Indian Independence.

The sole reason behind the success of “Gadar” and “Lagaan” was the element of patriotism. People of society supported Ameerkhan and Sunny Deol in their patriotic roles and showered encomium on both the movies. The degree of integration of inner coherence and strength is closely bonded with cinemas. Coherence in a cinema refers to unity of theme. Cinema is one of the significant factor, that generates, promotes and visualizes smoother national feeling, is based on national societal endurance. Cinemas can accelerate the economy, the increase of efficiency and promotion of welfare in modern society. A socio-culture, whether diverse or homogeneous, is a product of many interrelated facts, which can be reflected using cinema. “A cinema cannot progress if it merely imitates entertainment; what builds a success is creative, inventive and vital activity of society.” Tollywood movies such as “Annamayya” reflects the life history of great telugu prolific writer named Annamayya who is disciple of “Lord Venkateswara”, latest movie “Sri Ramadasu” also mirrors the true social and cultural aspects of “Kancharla Gopanna” popularly known as “Bhakta Ramadasu.” Many films in Tollywood are extracted from the real stories that happened in society. The best quote, saying “Padamati Sandhya Ragam” a telugu film which takes place in America, gives a true & actual societal, cultural, economical aspects of Hindu people. Another recent film “Premistha” is based on true and real love story gives a lucid view of two lovers that prevails in the society. These films include the natural social aspects such as student’s behavior in colleges, enjoyment by students in colleges.

In Tollywood, that too in latest trendz we cannot expect a cinema without college environment, here also cinema reflects the societal aspects. The respect that the Indians show towards customs traditions and culture are truly reflected in many cinemas traditions & culture are truly reflected in many cinemas such as “Dheerga Sumangalibava.” Generally when one comes across the telugu cinemas they first reminicise the sentiments, attachments that truly exist and practiced in society. The cinema “Mayuri” a true reflection of a great dancer of Indian society who loses her leg in an accident, using an artificial jaipur leg she strives to excel in the field of dance and finally reaches her destination – reflects Indian communal confidence. “Thought is greater than armies, thoughts are more powerful than fighting men, their beginnings are feeble but their effect is mighty. These thoughts are shaped & sculptured through cinemas to reach the thoughts & expectations of onlookers.” The tremendous and fundamental fact of cinemas is essential integration, actors’ performance. Social unity throughout the ages. A cinema is one which earnestly desires to spread knowledge & wisdom.

Youth of India are the heirs apparent of this vast and diverse nation who are guided & educated through cinema. Individual’s interests and qualities in social functions are reflected through the cinema. We must praise those cinemas which are treading the right paths. As the media scenario in India has undergone spectacular changes since independence, it resulted in highly effective & efficient creation of cinemas. Cinemas act as leisure in the electronic era. Happiness is an inner state of cinema, beauty of a cinema comes from grace and simplicity.

Great reformers, pioneers painfully realized the deep rooted social problems, evils of Indian society and made them to disappear through cinema education to certain extent. Cinemas acts as the shield of Achilles in protecting the individual and societal interests. The social values, the cultural aspects of true and spiritual India are exposed through the success stories of “Monsoon Wedding” and “Gandhi” are highlighted and emphasized in many movies. Global avenues have been opened to explore society through cinema. “The aim of cinematic progress should be a marriage between ancient Indian thoughts and modern scientific endeavor based on observation in search of societal truth.”

One of the leading characteristics of the cinema of the new era is the abundance of its output. The modern age has witnessed a phenomenal rise in cinemas as they are very near to the society. The main motive behind the creation of a movie is to enable the society to societal facts. Movies with highly technology oriented sci-fi movies also depict the future society. Films such as “Extraterrestrials”, “Independence Day” from spiel berg gives mesmerism futuristic society before audience. The latest technological developments, mechanical and electronic devise are also reflected and used in creation of creative films such as “Die Another Day”, “Mission Impossible II” and “The Stealth” etc., Even though most of the movies released have fallen like nine pins at the box office cinema directors dare to create movies that closely relates to society.

The changes in the world from inner and outer limits, society to spirituality, from wearing to tearing, from the dazzling kingdom of nature to microscopic galaxy of science, from rich to poor, from belly dancing to bell ringing, what not every thing most extraordinary